The first and second graders were able to do a hands-on project in science class! They are learning about life cycles of living organisms and the next unit was plants. The students learned about the different parts of a plant: roots, stems, leaves, and flowers. As well as the three basic stages of a plant: sapling, plant, and flower.  The students also discussed what plants need to grow: sunlight, water, and air.

After the class conversation the students went to the veranda, where they became gardeners and started planting. First they got into the dirt and broke up the soil with small shovels. Next they carefully took out their plants and placed them in the soil. Lastly they covered the roots with more soil and watered the plant. The students really enjoyed being able to touch and hold the plants. 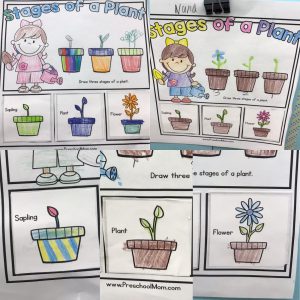 They finished the science class by completing a worksheet on the basic stages of a plant. Some of the students colored their pictures to match the flowers they planted outside. The class was able to cut and glue the stages in the correct order. While they were doing the craft the students talked about how much they enjoyed gardening.