I am very excited that we started a computer club this year. The two main themes for this club are TYPING and CODING. The students can learn at their own pace, and the teacher gives support as needed. 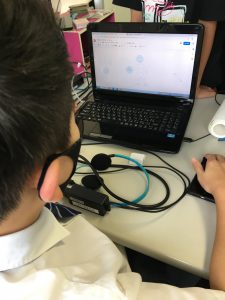 Typing
The students are working very hard and some have finished more than 200 typing lessons! Their speed is increasing as they keep practicing. I’m very proud of them!

Coding
It has been interesting to see how the students have learned to solve each of the puzzles that have been presented to them as they have learned the basics of coding. I can’t wait to see what they have created by the end of the year!

And just as an extra activity, we’ve been learning the basics of drawing on a computer. We played a game where each student had to make 2 drawings. The first picture was of an animal, and the other was a sport scene. They had about 15 minutes to draw each picture. Those who didn’t draw had to guess what the picture was. I was impressed with what they could draw in such a short time!