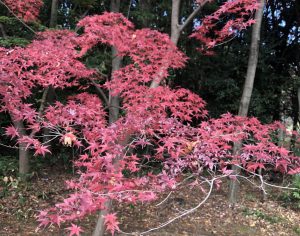 Japan has a unique culture and tradition, and one of the features of Japanese culture is how parts of other cultures are taken and incorporated into daily life. For example, in the past Japan adopted many parts of Chinese culture such as religion, architecture, and language.

In recent times, Japan has adopted many things from the English world, particularly when it comes to language. In 2020, one of the most common phrases heard in Japan is “social distance” as everyone is working together to reduce the spread of COVID-19.

When it comes to cultural adoptions, in recent times Japan has begun celebrating many Western holidays in the fall and winter, though they are sometimes celebrated a bit differently than other countries. For example, Christmas has been around for a while in Japan, but in the past it was regarded more as a romantic holiday for couples compared to the focus on family in the West. But that is changing for sure, as giving presents to children on Christmas is becoming the norm in Japan.

Halloween has also been adopted and celebrated in the fall, but once Halloween is over, most stores and other places begin rolling out the Christmas decorations and play holiday music. On top of this, Japanese stores have also began participating in the American tradition of Black Friday.

In America, Black Friday is the fourth Friday of November and comes after the Thanksgiving Day holiday; it marks the beginning of the Christmas shopping season.  Many American shoppers will get up in the middle of the night and line up at various stores in order to get items for incredibly cheap prices. For example, a $2000 television could be bought for $400, but the amount of TVs sold at this price are limited to just a few. It is first-come-first-serve system, so shoppers will line up very early before the sun rises to get good deals.

The American version of Black Friday can be quite chaotic, but this chaos has yet to be found in the new Japanese version of the event. But what is interesting is that though Japan is participating in Black Friday, it has not adopted Thanksgiving from which Black Friday proceeds. Even though November is still in the fall, with many trees showing their fall colors, Japan shifts into a Christmas-y winter holiday mode even though Christmas is still quite far away.

In our school, many of our students also shift into Christmas mode right as November starts. They will start singing Christmas songs throughout the day, but in the Junior High classes in particular, the teachers encourage them to wait until Black Friday, so that everyone can enjoy the fall season apart from the winter. Winter will come soon enough, and it will be long and cold. Thankfully we have Christmas and the New Year to celebrate with warm friends and family. Perhaps one day, Japan will consider adopting Thanksgiving to go along with Black Friday so that we can also enjoy the fall like we do the winter.